Showing posts from May, 2012
Show all

- May 31, 2012
1. I've got one more ridiculous weekend of riding before my schedule downgrades to merely insane, and I'm not sure I've ever looked forward to a taper as much as I am looking forward to this one.  But being at the top of this build, I've had a few moments of, "you know, I think this is going to be okay."  Even though my legs are stripped with fatigue, I still feel like I had a pretty solid ride on Sunday - my first crack at the SkyMass loop out in the Shenandoah with my weekend smashfest buddies.  I've ridden the first 25 miles of it multiple times but this time around we white-knuckle descended through Luray, climbed the Massanutten cursing the entire way (that was me), and then rode bumpy little rollers the whole way home.   My legs weren't exactly pleased about the two miles I ran off the bike - and the five I ran later in the evening - but I've certainly felt worse after so much time in the saddle.  And this ride had not quite twice the amo
Read more 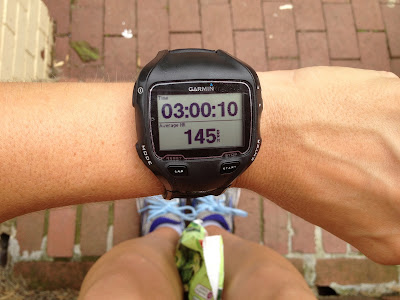 Longest run I will do before IMCdA? Check.  And yes, I am icing my calves with "baby bud broccoli florets."
Read more 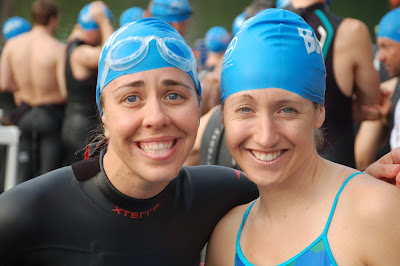 I decided to do this swim a few months ago because my love affair with open water swimming has always been a bit rocky.  I cover this distance in the pool all the time, but when you get into a lake, there are bugs and fish and branches and lake zombies to worry about.  However, I had no desire to race the distance.  I didn't do any specific race preparation, I didn't taper, and my ZOMG EXCITED race persona stayed home.  I had strict instructions to swim steady and easy, and that's what I did. It's been on the warm side in DC here for the past few weeks, and when we rolled up to the lake Saturday morning, the "official" water temperature was 76º (the guy that posted the temperature commented that he had to boat around to several places in the lake before finding a wetsuit-legal-temp-spot.  Excellent.).  In a triathlon, there is no WAY I would swim in a wetsuit for 76º, but one of the big points of doing this swim was that I wanted to spend more than 35 minute
Read more Okay, so let's start over.  After I posted this originally, Jared from  Kompetitive Edge  reached out with the fabulous news that this was WAY too expensive for printing shirts.  Imagine him with a hero cape on.  So, everything is the same except for the two things that are not.  1. The shirts now only cost $19 (if you Paypal'd me money I am PayPal'ing you back the difference).  2. There are two versions - a "puppies shitting rainbows" version and a "faith not fear" version for those of you that don't want to/can't walk around all day with profanity on your back.  Everything else is the same!  Now you can afford to buy two (don't check my math)!   As you were, proceed with your day.  Remainder of this post is the same, just with an extra demo screen shot. -------------------------------------------------- Aaaaaaaaaallrighty, let's get this party started.   I was going to do a "four things friday" post, but then I reali
Read more 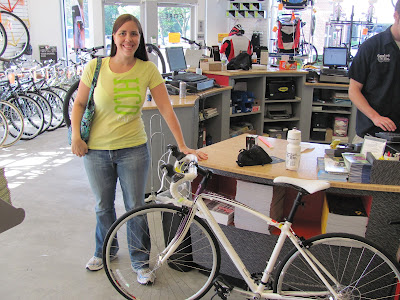 It's just a little less than two years ago that I bought my first bike, mostly on the advice on my good friends Heather and especially Liz , who was the first person to tell me that you should think your bike is sexy. I did then, and I still do now, but my oh my, have things changed.
Read more

it's not all puppies shitting rainbows

- May 22, 2012
I realized after posting my ride recap yesterday that I might be giving off an overly positive view of how ironman training is going.  And while I'm trying to stay positive, I also believe in being honest and raw with a side of cussing.  That's who I am, that's why you are here.   So the truth is yes, I did have a fantastic century on Saturday.  Everything clicked, everything happened in the right order at the right time and while the prominent thought in my head when getting off the bike was, "Wow, I really don't want to run a marathon right now," I felt pretty brilliant.  But then it rolled over to Sunday, and I had another huge workout to tackle.  And the flip side of that is everything did not go as planned, everything did not fucking "click."  Along with many other annoying distractions of the day, I couldn't even get remotely close to the heart rate window I was supposed to be riding in for the first interval.  For the most part, I've
Read more 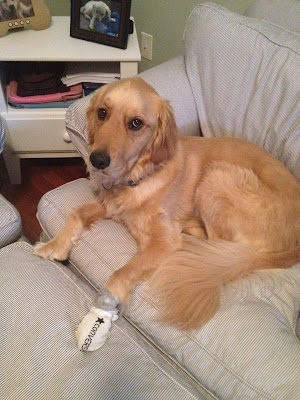 So, I generally don't like to talk training numbers here, mostly because for the most part, it just doesn't matter.  But today I want to talk about it, so if it stresses you out, here's a puppy pic and I'll see you tomorrow: (Graham has a hot spot on his foot, so we're trying to prevent him from licking it while it heals). My friend Gretchen - the same friend that talked me into doing the full 100 miles at Reston less than two years ago - has been talking about doing this century ride all spring.  I wanted to wait until the week of to decide, because I didn't know where my training would be until then.  But when Monday rolled around, I emailed my coach, she gave it the green light, and I was in.   Riding 100 miles just doesn't seem like a big deal to me anymore, and I know that sounds ridiculous, but I've done it more than a few times in my life and it doesn't scare me, it just takes a long time.  On the flip-side, running more than 15 miles s
Read more

- May 18, 2012
1. I Just bought and ate an entire container of strawberries.  In about 90 seconds. 2. I know that my Garmin isn't right but I will still run until it says x.00 miles anyway. 3. I'm finding it hard to concentrate on blog writing while watching the finale of Grey's from last night. 4. My favorite flavor of powerade zero is blue. 5. Swimming isn't as fun with a cranky left shoulder. 6. I would never drive a red car. 7. Yesterday I spent an embarrassing amount of time reading about how to become a private investigator. 8. I really need to find a job. 9. I always unclip my left foot. 10. I still have the same instant message account that I made my freshman year of college. 11. I bought another pair of the neon shoes. 12.  I KNOW. 13. One of my favorite toys when I was little was a dollhouse my grandfather made me.  I wish I could live in a house just like that one. 14. I still prefer real books to e-books. 15. There is a tree in the backyard that
Read more 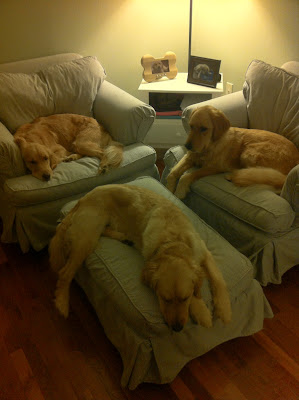 1. We talked a few months ago about switching up our crazy house and sleeping in the basement.  Last night, we moved most of the furniture to try it out.  I slept like a rock in the cool dark basement but the puppies are real confused about what is happening and Graham spent half the night running up and down the stairs trying to figure it out.  They love having me "work" upstairs now though. Today (at some point) I'm going to move the rest of our crap and we're going to try it for the summer.   2.  I'm less than six weeks out from CdA and feeling....sort of fine about it.  I did a 4 hour brick earlier this week to test out my newly revamped nutrition , and I only had to sneak down one gel instead of the 800 extra calories that I kinda thought I might need.  I'm several days into my last big build and none of it seems scary or overwhelming.  It just seems like a lot of work, and I'm going to get it all done, and taper, and then fly across the country
Read more 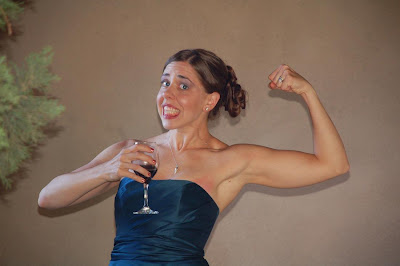 When you get a triathlete drunk (only takes 1 glass of wine, pitiful):
Read more

it was worth it 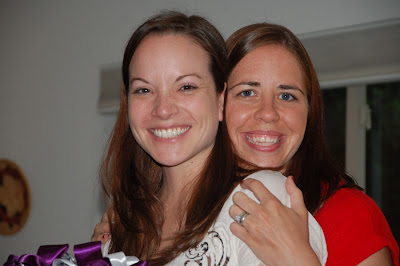 A long time ago, back in the dark ages when I first started this blog, I told the story of my tattoo .  You can go read it, but essentially it was something I did for myself when my life was a big pile of crap.  The story that I did not tell, however, came up this weekend. I am lucky to have a lot of girlfriends in my life.  I am lucky to have them spread out all over the country, spread out all over my history from the first time I went through college until now, and they all mean different things to me but I would step in front of a bus for any of them.  My friend Brynn is one of those friends.  We met when we were both in graduate school in Boston, but really, we were both just lost.  Constantly in the darkness.  Neither of us realized it at the time, but we were both in relationships that now are easy to see were doomed. When I went out to Albuquerque to visit her that first time, I was essentially at rock bottom.  I couldn't decide what to do about my failing marriage, my
Read more 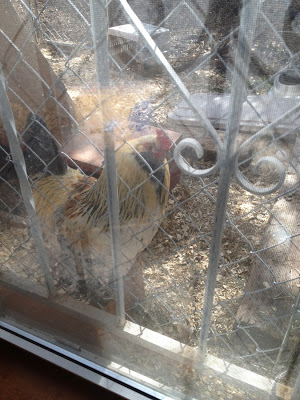 1. I'm in New Mexico right now for a wedding, and the place where we stayed the first night has chickens.  Like, real chickens, strutting around six inches behind the headboard of our bed. As it turns out, one of the chickens is a rooster, so we all decamped to a hotel room so we could get more than 3 hours of sleep in a night.   2. I timed my spring schedule pretty well so that I'd be recovering from a 70.3 the week I had to travel across the country for a wedding of one of my closest friends.  What that means for triathlon this week is that I'm not on a training schedule.   I got the official approval to just....be this week, which means I'm not wearing a watch or a heart rate strap or keeping track of how long or how far and definitely not fast I'm going.  Instead, I'm just moving.  I love data, I'm addicted to tracking, but I also really needed this break.  I'm sure that by the time my schedule rolls in next week I'll be grumpy and feel slow
Read more 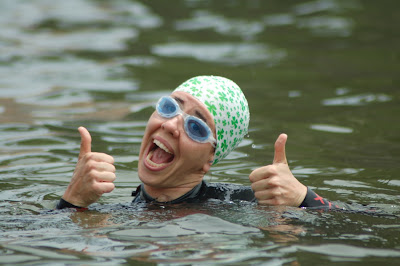 Last winter my cycling PIC Emily and I did quite a bit of 70.3 hunting, looking for a flat, fast, monster-PR course for the spring.  We settled on Monticelloman, but then she decided to be a crazy roadie instead.  At some point in early January, I talked to Sonja about the 70.3 and she recommended Knoxville instead, pointing out that the hilly, technical bike course would be a better prep race for CdA.  Plus she was going to be there, along with several of her athletes, so I jumped on board. The poet and I drove down Friday so (different) Emily and I could spend Saturday getting all of our pre-race business done without rushing.  Our biggest goal was the get in the water for the practice swim, especially because I’ve only been in open water once so far this year and it was for less than 15 minutes.  We managed to get in, get warm, stroke around, and practice our synchronized swimming for a few minutes before climbing back out. Other than ripping a huge hole in my wetsuit and w
Read more
More posts