Showing posts from September, 2012
Show all

- September 28, 2012
1. I've been using the same bag of frozen broccoli to ice my shins for at least two years now. 2. The only thing I don't like about the pigtails is how hard it is to make the part straight up and over my head. 3. I think it is legitimate to call my love for hoodies an actual addiction. 4. I am horrible about sending mail. 5. I really want to customize a horrendous pair of Special Ops goggles to go along with my ugly/neon/clashing/silly swimming gear. 6. I love how much my dogs love us, even if they are completely insane every time we come home. 7. I am scared a bug will crawl into my mouth while I am sleeping. 8. I think my heart rate strap smells like salt & vinegar potato chips. 9.  I can't remember the last time I bought new underwear.   10. Frozen strawberries are the base of every smoothie I make. 12. After almost two weeks, I found my sunglasses. 13. I haven't watched last night's Grey's Anatomy yet, but someone spoiled it on Twit
Read more 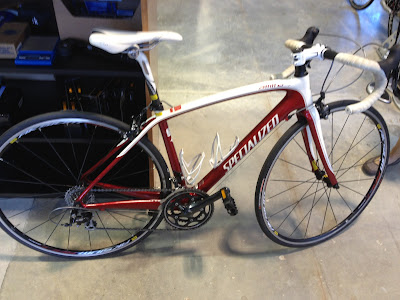 1. I sold my road bike this week, finally.   I was a pretty sad when it rolled away, but we're trying to make good financial decisions as we rebuild what has been lost this year, and this was definitely a good one to make.  I would rather be out of debt than have two bicycles.  Check. 2. Along those lines, I'm going to leap pretty severely off-topic here and let everyone know that I am also selling my Lawson Classical french horn.  I've had it posted with a dealer for about two years now, but it hasn't moved so I'm trying to spread the word a bit ( click here for the listing ).  For those of you in the music world, it's a nickel bronze horn with a clear and dark low register and a brilliant high Bb.  I really do hate to use the blog for things like this, but I've decided to announce it along with the promise that when I do sell it, I'm going to donate a significant amount of money to each of the charities we decided on earlier this summer: Lost Dog
Read more

a generalized ramble about the state of things

- September 26, 2012
I've been training based on the MAF system for almost a year now, and I really believe in the principles of training this way.  Except for a shoe-based calf tear, I haven't been injured at all.  That's quite a huge accomplishment for someone who used to never go more than eight weeks without being in an orthopedist's office. That said, now that I'm not bouncing from injury layoff to injury layoff, I've been able to finally experience how training should flow on a macro level.  The MAF book talks about having two aerobic periods per year alternating with two race periods per year.  Essentially, an athlete spends 2-4 months building an aerobic base, 2-3 months racing, 2-4 months back in the aerobic base, and 2-3 months racing, repeat yearly.  There are a lot of good reasons for this, but the biggest reason is because racing actually chips away at your aerobic base.  From what I've read, different coaches have different ideas about how much anaerobic work you
Read more

Okay, so let's skip ahead to the part that will make you snort coffee out through your nose.  Example A (I didn't turn off my watch so I don't have a .1 split, more like a .1 plus leaning on a table plus walking to the bananas): Example B (race photos taken on the "down" stroke instead of the "push" should never be posted in public): It's like all the good work I've done over the past two years came apart at once.  Time to rewind... A conversation with Sonja sometime in the middle of last week led to me signing up Friday evening for the Clarendon Day 5K.  I've heard that it's a fun race, with a flat/slightly rolling first mile, big downhill at the beginning of the second mile and uphill into the finish.  Despite the fact that I am not even close to being in 5K shape, having spent the better part of the year going long and slow, I decided quite ambiguously that I was going to try and take advantage of mile two being sweet downhill
Read more 1. I still don't have much to talk about, but that's never stopped any other blogger from forcing you to read their mindless bullet-post drivel about their life, so here we go.  The first thing Thursday is that I changed my header.  See?  Useless, but now one bullet point is done.  I've had the same header for over two years and don't really mind it, but I figured, for whatever reason, it was time for a change.  It took me six months to update the puppies tab after we brought Sofie home and I'm pretty sure the swim bike run tab still talks about following my journey as I train for my first ironman, but let's update the pictures since no one reads the words anyway, especially buried in the tabs.  Although there are a shit-load of puppy pictures in there, if you are ever having a crappy day and really like golden retrievers.  Here's another one.  Feel better? Good, me too.  I'm a type-A OCD perfectionist that hates change, so you can go back to readin
Read more

happy birthday to my girls 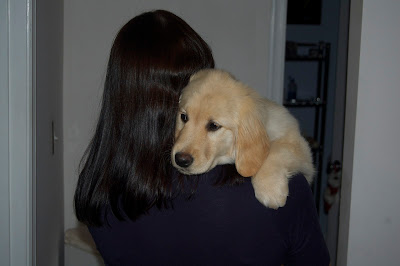 I'm had an emotionally taxing several days, which means that I'm zapped as far as interesting blog content.  However, Molly & Sofie both turned two this past weekend, so a puppy picture dump is in order.  Happy Tuesday, friends, hopefully I'll be back later in the week with pep and sarcasm ahoy.   The day Molly joined our family , 14 weeks old.   Gearing me up for a 10K PR .   First trip to the dog park.   Our wedding .   Cheering on Graham while he  runs his first 5K .   The day we met Sofie .   Sofie came home .   Graham has no idea what to do with two sisters.   Sofie and Molly wait for Graham to come home from the hospital . Happy Birthday, baby girls.  Our lives are better with you in it.
Read more 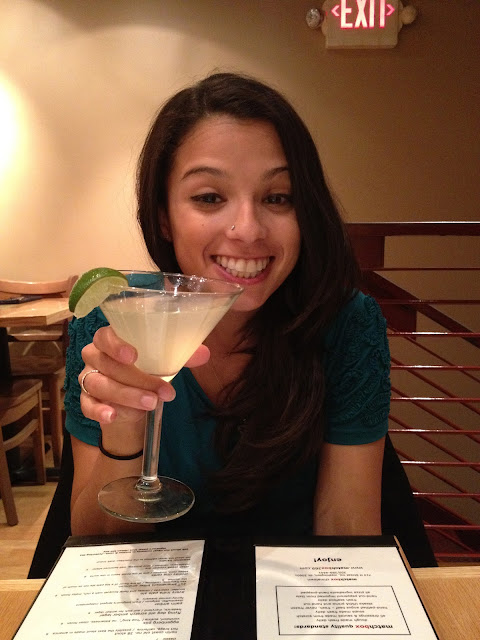 1. Just like every taper and race is different, every recovery period is different.  I can't actually remember the last time I felt this fried after a race.  Some of it, I'm sure, was due to the 8+ hour drive we made less than an hour after I crossed the finish line, but some of it I think was related to my effort.  And because of that, instead of wanting to gorge myself on beer and ice cream and potato chips, I was a little worried about how trashed I felt and have spent the week putting good clean solid foods down, with the possible exception of a cocktail at dinner Tuesday night with some good sweaty friends.   But other than that, it's been vegetables galore, quinoa crazy mixes, and only a small bowl of ice cream here and there.  I think that's also because it wasn't a season-ending race, but rather I need to get rolling again pretty quickly to tackle what's next for me.  I was feeling pretty good by yesterday morning, and hopped in the pool for a real sw
Read more 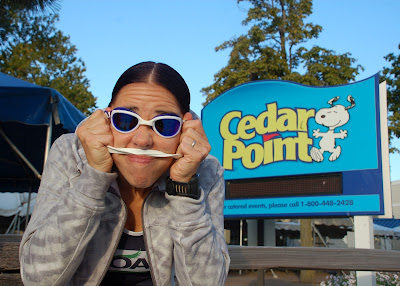 Every race build is different. As I was building into CdA, I wasn't getting ready to go hard.  Suffering was never a goal.  Instead, I wanted to spend the day happy, and I did.  But this time around, there was none of that.  I wanted to hurt, and I was afraid to hurt, and now I'm on the other side. Taper was a tricky beastie.  The start of taper coincided with some exciting but stressful events in my work life, and while my legs felt like they were starting to snap a little bit, my system was exhausted.  So I scrapped my whole schedule for the week and did the "sleep in then decide what I want to do today" plan.  I swam on Tuesday, I felt like going out for a ride on Wednesday, and Thursday I had enough pep in my step that I wanted to run again.  By Friday I was ready to be back on my schedule, and I had a swim with some hard 100s in it that I was itching to take a crack at.  And when I showed up at the pool, two hours before I had to be at work and seven hours b
Read more
More posts