Showing posts from June, 2018
Show all

a tiny box of graham crackers 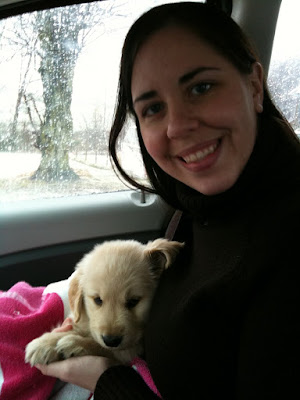 He came home at seven weeks old. We had picked out several possible names for him, a whole list crowd-sourced from coworkers and friends.  None seemed to fit.  As we drove up I-95 through light snow, I tried them out.   Winston?  Kalai?   And then a few minutes later, off-handedly to the poet, he  smells  like a tiny box of graham crackers.   He said, Graham?  and I said, with only slight irritation to my boyfriend of about two months, Did you just name my dog?! He was sugar-cookie-sweet right off the bat.  He learned how to sit at eight weeks old, peed on the Christmas tree rug at nine, charmed my dad into remarking, dogs are so much better than kids  at ten. I would say that he was mine but the truth is, I was his.  Madly, deeply, immediately, I belonged to him. He got sick when he was two, and everyone saved him.  It changed us.  It is hopefully not a lie to say that it made me a better person and it is all because of Graham.  We gave back everything that had been given to
Read more
More posts