finally come up to breathe

In 2017, I was in the pool one early April morning when something tweaked deep inside my shoulder.

I was accustomed to little weird bites of pain popping up, it's normal when you're haul-ass up to your eyeballs in ironman training. I was working more and harder than ever, seeing numbers, times, watts and paces that I had never seen, so niggles were to be expected. We roll through them as athletes, we add some crap we should be doing anyway like foam rolling TLC and it calms down. But this niggle didn't shake. A few days later, I woke up and couldn't turn my head to the right. That's happened a few times, old age is a monstrous bitch, and a quick check-in with one of the ridiculously smart bodywork people in my village usually sorts me right out. I was racing that weekend so I had a session already lined up with a magician and I still remember his voice as he dug through layer after layer of the spasming muscles that connect my neck to my right eyeball. This is really quite bad.

It felt better the next day, so I did what we all do and got on the plane with the bike and the wetsuit and the crate of caffeine. It didn't hurt at all by race morning, but my performance was underwhelming. There was no fire, no spark, it was as if the depth of the proverbial pain cave had been shortened by several feet. There was just not anything there (yeah yeah yeah, I only have one face and I make it all the time). 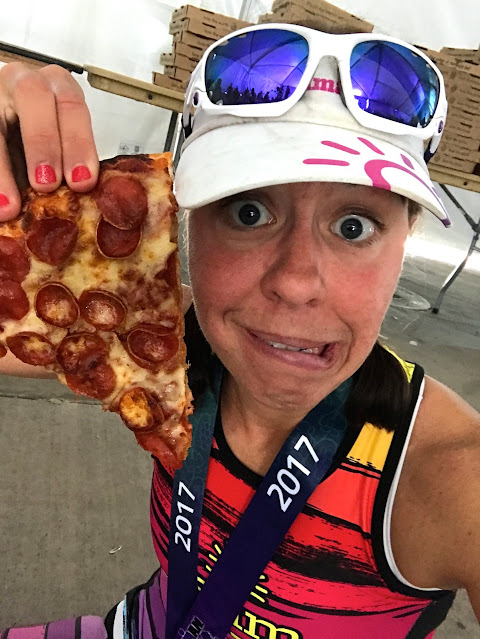 I came home and kept training, and it was over the next six weeks that everything really fell apart. I ended up with a long list of torn this and broken that, irritated nerves and inflamed cysts and stress fractures ahoy. What I remember from all those long months is not the frustrating trawl through healthcare in this country or the brutality of nerve pain without an off switch, but crying out to the universe again and again in desperation. Reveal the lesson already.

When I look back at three-ring injury circus of 2017, I can see how clearly that the universe was trying to tell me that it was time to move in a new direction, to shift the sails. That a change was long overdue. I don't think it was the surgery that healed me. I think that surgery slowed me down enough so I could listen to the part of my brain that was waiting for a window to open, that started single-armed'ly googling PhD programs from somewhere deep in the post-operative narcotics haze. It led me to Indiana, to something entirely different, and while it's certainly true that this path has not been easy, or clear, I don't regret this choice. I think that maybe I've found one of the things I'm meant to do in this life. I'm not any good at it yet - and I might not ever be - but it exists at the intersection of a dozen ways I find meaning, that I am fulfilled. Writing, teaching, asking annoying questions, research, even the math nerd in me is super pumped when I'm not super throwing things about statistics. What I remember most about starting the PhD program was that when it was time to leave Colorado, every instinct I had shrieked that I should stay. On the way east, we pulled over a dozen times in Kansas because I was having yet another meltdown about making the wrong choice. I think I cried every day that first semester, over how much I missed my friends, my mountains, my bike, my family. It took me a while to be able to see that the decision was actually the right one, that the universe was leading me deliberately down a path I was meant to take (and apparently it was the B-line). 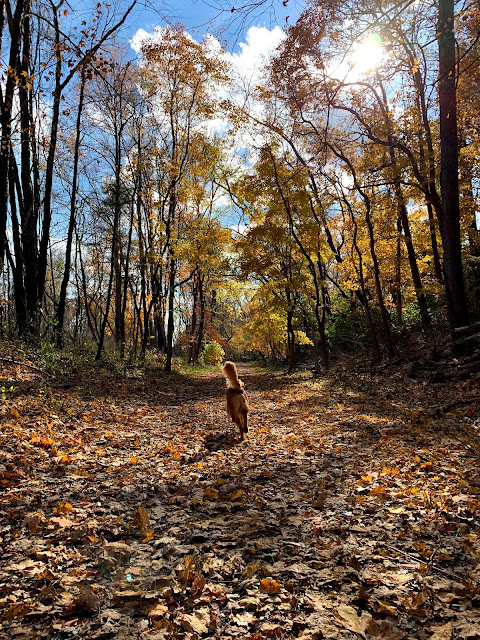 I'm working on a project right now (I guess for the rest of my life I'm going to say this) that involves intuition. We had first labeled something in the paper as instinctiveness and were dithering between intuitive and instinctive, so I obviously went headfirst down the rabbit hole of figuring out what the social psychologists (my homies) had to say. Instinct is biological. It's a fear-based response, it's how we are hardwired for survival, eat or be eaten. If a mountain lion starts chasing you, there is no cognitive process that occurs where you consider, hmmm, I wonder if I should perhaps run. Intuition is different. It's hippie crap, some 'deep inner knowing.' Intuition is how we trust in the unknown, uncertain, and unprovable, it's based on courage, not evidence. When you can't see the entire picture, or even further than the next turn, intuition is what carefully but deliberately says, hey bozo, this doesn't mean that you shouldn't leap, but that you should. Intuition is forward motion, there's no innate rationality to it, intuition is a hopeless optimist chasing the most worthy of dreams. While instinct is stuck in the past, instinct is the old drunk in the bar still talking about the touchdown he threw back in '86 and how he coulda been great if it wasn't for this bum knee. Instinct can't take you any further than where you've been, instinct is a lifetime of regret. When we are trapped, when life is insane with anxiety, when we are petrified with panic, instinct is what drives our decision making, and it's almost always wrong. Instinct is what says, sorry, sucker, it's too late, this will always be your history, the last chapter in your tale. But intuition can take you anywhere you've ever wanted to go, because it's pure bravery. Intuition is the little part of you that is certain, in your deepest heart of hearts, that this is not how our story is going to end. 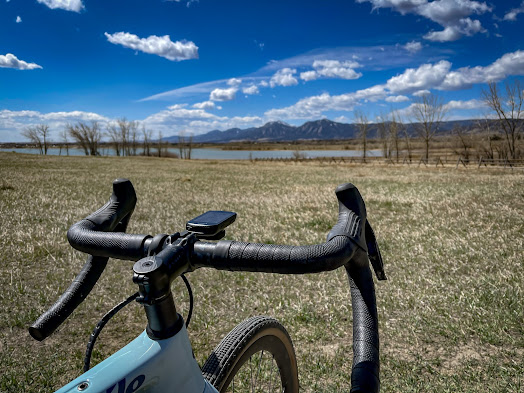 When it was time to leave Colorado three years ago, instinct went wild. Instinct screeched around the clock that it was the wrong decision. It was fear, and good marbles fear is powerful and blinding. I was frightened about starting down a crazy different path, moving in a wild new direction, about the unknown. I thought I was too old to change my life. I thought it was too late to find anything different than what I had known, the comfortable nest I had built. It would have been easy to bail, to dig in my ornery and pigheaded heels and stay put. And it wasn't until months, maybe even a year later, that I could finally see how stranded and lost I had been, resentfully wondering in the smallest corner of my subconscious if there could be something more.

I didn't think I had anything to say this week (this remains true). I'm still moving through the process, still healing. I'm exhausted on a dozen different levels. The storm has passed although the aftershocks linger on, the collateral damage has been significant. But I committed to showing up here for myself, so I sat down and cranked up a mellow playlist and off I went to ricochet through my echo chamber. I believe that everything happens for a reason. I believe that people come into our lives for an explicit purpose. Maybe to teach us something, to gift us something, to help us heal from something, maybe to change our lives in fierce and ferocious ways that we never would have expected. The universe shows the way. Pain is just a sign that we aren't listening, we aren't paying attention to the bricks and don't look now but a Ducati is getting loaded into the slingshot and zoinks is that fucker gonna leave a mark. Ross Copperman on repeat, it's easy to lose the faith when it all don't go your way, you feel your own heart breaking, find yourself in a place where it's hard to trust there's really something out there bigger than us. I know I can't see the big picture right now. It's hard to trust. And instinct has been howling, a little bitch baby gleefully ensnaring me in a wildfire of stuck. 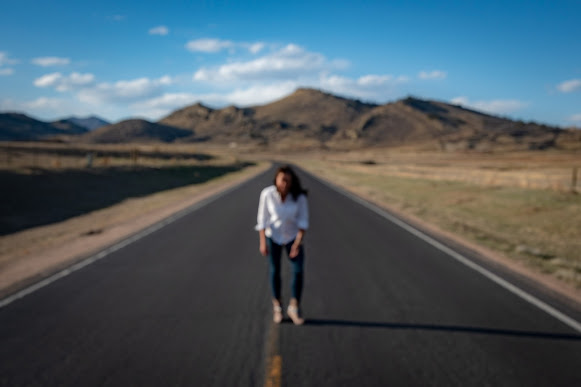 When the universe is trying to get your attention, it's easy to stick your head under a rock and avoid it for a while. But the universe is patient. And ruthless. The universe will load you up with weight loss and stubbed toes and sleepless nights and nerve-jangling stress until one day you finally shatter into a zillion violent pieces. And then, and only then, the universe will take you under her wing, and dry your tears, and lead you quietly and softly into the better life that awaits for you up ahead, the one you haven't been able, or maybe willing, to see. When you finally give into your destiny, the sky will clear in an instant. When you finally turn down the path you are meant to take, you will sleep peacefully, where the intimacy is so sweet, nose to nose, skin to skin, secure and finally, home. How can I hurt so long, finally come up to breathe, and see the best part of my life standing right in front of me, and not believe? It's happened to me too many times, to not believe. I know that someday I'll look back at the insane moment where everything fell apart, where life changed in a single thrilling and terrifying instant, and I'll only be thankful that I found the courage to leap, sightless, into the brilliant blaze of the unknown.

See you next week (I'll be in Montana).