a cold and broken hallelujah

Most people didn't even know that I was pregnant. 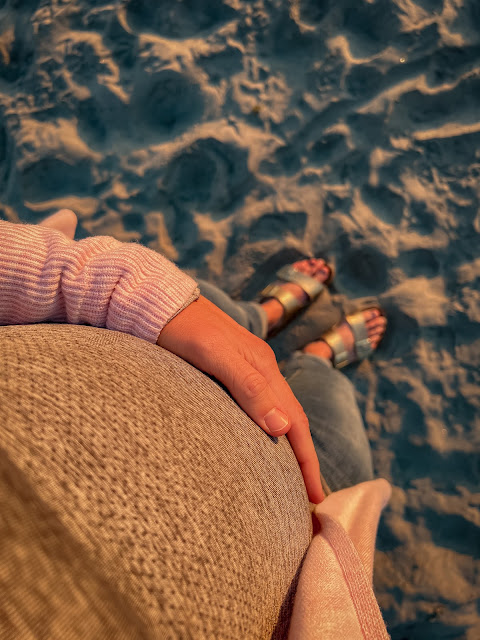 In theory, that should have made it easier, when my baby died. Easier than when I miscarried my first, just shy of a year ago now. When I found out I was pregnant again, how I felt was complex. Lucky. Hesitant. Optimistic. Terrified. But it wasn't the fear that threatened to crush me. Anyone who has lived within this loss understands that it was the sudden and unnerving blaze of hope, swiftly followed by the immediate urge to stamp it out before Lucy could yank the football away. So I squashed down (most of) my gleeful blabbermouth tendencies. I had recently read something saying we should wait six months before sharing big news: a new job, moving across the country. Having a baby. I generally try to ignore random internet recommendations as I prefer to create my own senseless and complicated rules for life, but this one stuck. I'd keep it to myself. I'd nestle into cautious contentment and carry on carefully, carefully, growing my child, one peaceful day after the next.

And I did, for a little while. I was afraid to be happy about it on top of everything else that is normal to be scared of while building a human: would I ever sleep, would my poor boobs ever recover back down to their normal size, could I walk four dogs with a stroller, how would I work and eat and shower and ride my bike, ever again? Was it really worth it, how much I'd have to give up in order to fully show up every single day for the infinitesimally small peanut growing inside of me, the way I believe a parent should? At the core, if all I have to give is love, how could I, a single mom, ever be enough? I asked myself these questions over and over, until the day I woke up and everything was wrong and suddenly all I could ask was, how could I not?

Six months. Now we are here. Memories stand out, stark against a blurred canvas of grief. Tears leaking as I walked through the marina early one morning, anxious and frightened and praying deep in my soul that I could hold this baby safe inside me. Stopping to lean against a random wall and the grizzled old man who I had seen lecturing a lamppost only two blocks earlier pausing and asking me if I was okay, if I needed to talk. Jeff Buckley soft on the car radio in the Uber rushing me towards my doctor, I thought it was a sign from the universe that everything was going to be just fine. It goes like this, the fourth, the fifth, the minor falls and the major lifts, the baffled king composing hallelujah. So many weeks later, sitting in a wheelchair at the hospital entrance waiting to be picked up, listless and stricken, a nurse pushing over another woman who had just given birth. Struggling out of the chair and stumbling out the door into the parking lot, desperate and frantic to escape the image of her husband setting down their day-old infant in the carrier next to her, everything I was missing, everything I had lost. Waking up in the night with my breasts aching, thinking blearily in the muddled half-asleep darkness that it must have been a bad dream and I was still pregnant, the way I was supposed to be.

Masahide. Barn's burnt down, now I can see the moon. But what happens when the moon remains stubbornly wedged behind a impenetrable shelf of clouds? What happens when instead of a phoenix rising from the goddamn ashes, a desolate wind kicks up and blows bone barren across the alien landscape of a life you no longer recognize, one that once rang thick with laughter, joyful with song, rich with the simple delight of being alive? What happens when you roll the dice and lose over and over, when you no longer can even remember what it feels like to exist as your genuine captivating jubilant self, unable to stop your happiness from exploding out into the world?

What happens is you survive, anyway. Not because you want to. Not because there's any strength left, any fight, any resilience. But because you have to. Because there's no other choice. In the weeks and months that followed, I didn't fight. I gave up. I sank into the ugliest and most sinister darkness I have ever experienced. I buried myself in work, snorting at the absurdity of trying to give a shit about research when my baby had died but also relieved to find an escape, an hour of blissful numbness where I was no longer haunted by a ghost, the dream of his milky featherweight in my arms, the butterfly wings of his name my silent prayer. There was an astonishingly deep well of pain inside of me, and I couldn't bear to even look at it, to notice it, to talk about it. Even brushing up against it was - is - excruciating. I didn't try. I didn't care, and I didn't want to see anyone, because the tenderness of their sympathy was unbearable. It felt like pity, the heavy weight of charitable mercy. I'm only here today because of all the people who didn't let me disappear. Not because I want to be, not because I'm ready, but because I simply - am. I haven't healed. I'm not sure if I will. Life carried on without me, and I let it. The world happened while I hid in silence. Not telling this story made it easier for a while to tread water, to withstand the storm. I know, somewhere somehow, that I have much to be thankful for in my life. But gratitude doesn't balance the scales of grief. Getting pregnant again doesn't ease the agony of loss.

My baby - my tiny, tiny son - died. But I survived, and it's the cruelest twist of fate in a world where I want nothing more than to loved and be loved, where I have so much to give. Where I believe that the most important thing we can do in this life is to leave a legacy of love behind us. What we knew, who we were, and how we loved, it's all that remains when we're gone; insight, identity, and heart. Love is not a victory march, it's a cold and it's a broken hallelujah. I have an enormous heart. I approach the world with softness and it's oftentimes a mistake. Sometimes it's responsible for causing me more pain, sometimes it means I catch bullets that someone tougher, someone harsher and more pragmatic might have dodged, but it's a weakness I can live with. It means that even amidst all of this incredible suffering, I'm still searching for gratitude. For whatever lesson the universe is trying to teach me, and maybe that lesson is none more complicated than life is real, and hard, and you can face it with all the strength and valor and integrity that you value and sometimes you're still wrong, and you still lose. This baby is only a piece of the story of these last years of my life, the trauma, the upheaval, everything that has happened to me. A story that at some point could have gone two very different ways, love or lies, joy or pain, and the choice made at the fork in the road was beyond my control. And maybe the best way to survive it - maybe the only way I know how to survive it - is to do what I do best and start telling this story. Because why else have I lived through all of this torrential darkness, if not to at least try and turn it into light?

It was morning when I left the hospital. It had rained briefly and there were puddles in the parking lot, gleaming in the cool winter sunshine. I could recognize the internal bargaining that is part of the cycle of grief manifesting within my shattered heart. I would have done anything to bring back my son; I now understand why people say, I would have walked through hell. I should have done more, or actually so much less, while I was pregnant. As I climbed into the car, I glanced up, over towards the mountains rising high through the sky, and I saw a full rainbow. I see them everywhere now, and maybe not everything in this world has to mean something but some things might just mean everything. It gave me the tiniest crumb of hope. Hope. It's a big word. In this season of my life, the one where I've spent more time in hospitals and doctor's offices being poked and prodded and cut open and torn to shreds, more ravaged with grief than I ever thought I could have endured, I've very nearly given up on believing in it. The rest of my life is forever changed in more ways than I can describe, or name, or even comprehend a lot of the time, because of what has happened to me, to my body, to my soul. To my heart. But hope is better than wondering in our heads, it's better than leaving footprints simply reminding us of when we go. When the sky grows ominous and melancholy, when the ground gives way beneath us, we should fall to pieces, we should fall apart. And sometimes we do. But also, we survive. We always survive. Always.